Thank you does not seem enough....

I was going to put this up later today but I had not expected news to get around so fast.

Today is very special day for me, eclipsed only by my wedding and the birth of my twin sons.     Today day I was honoured to receive the Medal of the Order of Australia in the General Division within the Australian Honours System.

Before I go on I thought I would tell you a bit about the process that led to today.
At the end of September I received a letter marked “Honours-in-Confidence” from the office of the Governor-General.  In that letter I was advised that I had been nominated for the award of the Medal of the Order of Australia in the General Division within the Australian Honours System.

I had to complete a form advising my address and so on and send it in.  The letter said that after the Governor-General had considered all the proposed awards I would be advised of the outcome.   I was told that it was proposed that the award would be announced in the Australia Day 2016 Honours List on the 26th of January 2016.

In the middle of December I received another letter informing me that my award of the Medal of Order of Australia in the General Division had been approved by the Governor-General in his capacity as the Chancellor of the Order of Australia.

Information about the recipients was handed to the press a few days prior to the announcements so that they could prepare interviews which would be published until the appointed time.

I have done interviews with two local newspapers and also with Channel 10 News.  I will be as interested as you to hear what I had to say, especially for the Channel 10 News.   I can’t for the life of me remember what I said!   I hope I said the right things.

In one of the interviews I was asked what I would like to say to those who nominated me and to the rest of the defence force members and I have no idea what I said because I was quite literally overcome with the emotion and was determined not to cry on camera.
Thank you just does not seem enough.

I am humbled and so incredibly honoured to receive such recognition.  To be able to wake up each morning and devote the bulk of my time to something I am so passionate about is an absolute blessing and a privilege.   To know that the impact Aussie Heroes has on the members of Defence and their families is appreciated and recognised in such a way is the sweetest gift I could possible receive.   But more than that, so much more has been added to my life by way of the friendships I have made in the last four and a bit years.   From quilters, to recipients to recipients’ family members,  I treasure the friendships I have made and the memories you have given me.

I feel that this award is not just for me.  It is recognition for everyone who contributes to the success of Aussie Heroes.  I would therefore like to dedicate this award to all the people who have made a quilt or a laundry bag or many of each, to those that sew blocks, or quilt tops, to those who help by keeping the books, collecting the mail, donating materials, by supporting us and assisting Aussie Heroes in any way shape or form.   It was one thing for me to have an idea and act on it but without all the Aussie Hero Friends jumping on board we would not have been able to achieve all that we have.   Aussie Heroes is a community and a pretty special one at that.

This award is for the whole team.

Again, thank you just does not seem enough. 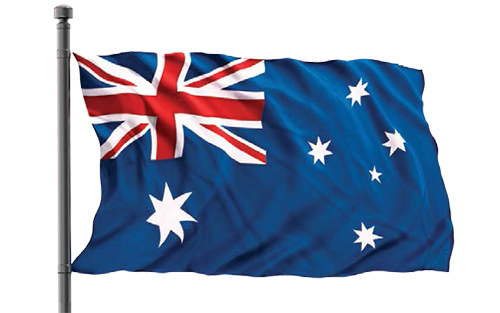